The Potential Within a Woman

The Potential Within a Woman

To deny a woman of her freedom to unfold is not only cruel to the woman, but to society as well.

Many parents in Nepal feel disappointment when they give birth to a daughter. The daughters will inevitably go to their husbands' families when they marry, and will therefore not carry their family’s legacy further. To invest in a daughter's future is seen as a waste of money, because the daughter's future will not be the parents' future. Many parents therefore, deny their daughters a proper education, and marry them off very early. Little do these parents know that denying their daughters the same opportunities as their sons, not only limits their daughters, but also themselves.

An example of this is the story of Adity. When Adity was attending 10th grade, her family wanted her to marry. Her father had died when she was eight, and she had been living in a joint family with her uncle since then. “We were struggling financially after my father had died”, Adity admits. That is why the uncle of the family soon decided that she should marry. “My uncle was thinking that girls just end up going to their husbands' homes anyways, so it is no use in putting money into their future. He did not want to use more money on my education.” The dowry money also played a huge part in her uncle’s decision, because the dowry only increases the older the woman gets. “My uncle thought that since I am going to marry anyway, why not do it sooner rather than later?” He finally persuaded the family that she should be married away.

“When my family wanted me to marry, I felt like my freedom was captured,” Adity admits. “My dreams were not complete, and I knew I would no longer be able to achieve them”. She also admits that it affected her confidence. And it is no wonder that it did, because what awaits a young girl when she goes through child marriage is often terrible. It restricts the child's freedom and choices, and limits her possibilities for the rest of her life. Married girls in Nepal are for example ten times more likely to have to drop out from school than unmarried girls. It is also common to experience sexual and physical violence from the husbands once married. Not to mention the danger of giving birth. When you give birth before 18 years old, there is a high risk of death and injury, both for the baby and the mother. If Adity was married away at sixteen it could have completely altered her life for the worse.

But luckily she managed to escape the marriage. The escape came in the form of a job in the local SAMVAD group. “I had graduated from the SAMVAD group, and was later chosen to receive their animator training.” Adity explains. She became employed at the SAMVAD center, and started training other adolescents. “In this way I started to earn money, and I used that money to pay for my two brothers' education”. Because of her, they were now able to go to private school, while she only ever went to public school herself. “This made my uncle change his mind”. Adity was working and earning money for her family, it would no longer benefit them greatly to marry her off - and she escaped the marriage. Now she is planning to get a bachelor's degree, and help her brothers complete their education before she marries. She wishes to continue to work and earn money after she is married as well.

If Adity had been married off at 16, not only would her life have been miserable and full of unrealized dreams, but her family's life would also have been worse. Without her, her small brothers would not have been able to get a good education, making them able to generate higher incomes for the family in all future. And the positive effects are not only limited to her family. Think of all the adolescents she has been able to teach in SAMVAD groups, transforming them into confident youths fighting for their rights! The extended effects of one girl being kept free from child marriage are enormous. This shows just how much potential there is in a woman like Adity, and how foolish it would be to deny her of utilizing that potential!

(The name of the interview-object is altered for the sake of her anonymity.)

Occupation: Volunteer for the organization Stromme Foundation, cooperating with ABC Nepal. Have stayed in Nepal for two months, will stay 6 months in total. Came to Nepal mainly to learn about the culture and society. 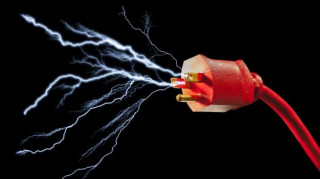 Copyright © 2023 All right reserved to khabarpatro